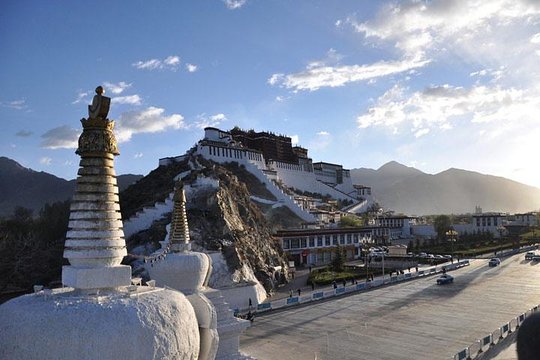 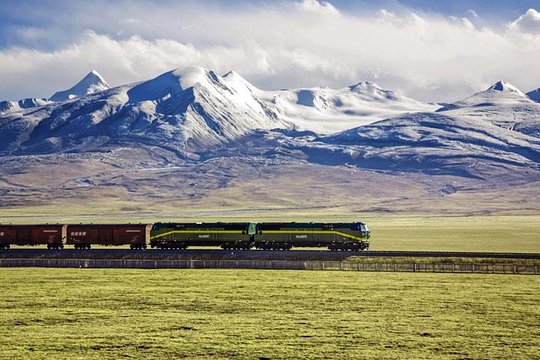 Likely To Sell Out
Select Date and Travellers
From
US$ 775.00
Date
2 travellers
Options
Free Cancellation up to 7 days in advance
Low Price GuaranteeNo Booking Fees
Overview
Highlights
What to Expect
Itinerary

Day 1: Take a train to Lhasa from Shanghai

No meals included on this day.
Accommodation included: Overnight on the train.

Day 2: On the Train to Lhasa

Pass By: The Qinghai-Tibet Plateau Wild Zoo, Inside Xishan Mountain Forest Farm, South of Haihu Road Wholesale Market, Xining 810008 China
Today, on the first full-day, you will pass through two important provincial capitals in northwest China: Lanzhou and Xining. Traveling along on Qinghai-Tibet Railway, you will be able to enjoy the incredible scenery of the countries in Northwest China.

No meals included on this day.
Accommodation included: Overnight on the train.

Stop At: Lhasa Railway Station, Liuwu Country, Doilungdeqen County 851400 China
Today, you will witness the most beautiful scenic view on the Qinghai Tibet Train. After arrival, your tour guide will meet you at the train station in Lhasa.
Duration: 10 minutes

No meals included on this day.
Accommodation included: Overnight at 4 stars Hotel

Stop At: Jokhang Temple, Barkhor Street, Chengguan District, Lhasa 850000 China
Then after lunch, tourists head to Jokhang temple which was founded by the 33rd great king of Tibet in the 7th century. Inside you can see the statue of Buddha Sakyamuni at the age of twelve. Outside, you can see pilgrims making prostrating in front of Jokhang Temple.
Duration: 1 hour 30 minutes

Stop At: Drepung Monastery (Zhebang Si), Southern Slope of Genpeiwuzi Mountain, Chengguan District, Lhasa 850000 China
In the morning ,you are going to visit Drepung monastery which is one of the “great three” Gelug monasteries of Tibet, founded in 1416 by Jamyang choge, one of the Tsongkhapa’s main disciples. You can visit biggest monastery kitchen inside the monastery and enjoy Buddhist Sculpture Carving workshop near Drepung.
Duration: 2 hours

Stop At: Sera Monastery, Wuze Hill , Sera Chengguan District, Lhasa 850000 China
In the Afternoon, Tourists will visit Sera Monastery which is another one of the “great three” Gelug monasteries of Tibet. The hot attraction is the Monks debate at around 3 - 5 in the afternoon. In addition, you can tour the Tibetan religious scripture printing house; inside the monastery, you can see three sand Mandalas and colorful Rock Painting of Buddha.
Duration: 2 hours

Day 6: Departure from Lhasa (B)

Pass By: Lhasa, Lhasa, Tibet
After eating breakfast, you will be transferred to the train station or the airport if you need.

Meals included:
• Breakfast
No accommodation included on this day.
Show More
Important Information
Departure Point
Traveler pickup is offered
On Day 1, depart from Shanghai Train Station. Please make sure you arrive at Shanghai Train Station in advance to have enough time to pick up the train ticket and board the train.
Direct train ticket from Shanghai to Lhasa: at 20:08pm
Transfer train ticket from Shanghai to Xining and then Xining to Lhasa.
On Day 3, at Lhasa Railway Station, tour guide will hold pickup board to pick up clients.
On Day 4, 5, 6, clients will be picked up from hotel.
Departure Time
8:10 PM
Duration
6 days
Return Details
To airport from hotel: 6:30am; 8:30am; 12:30pm

copyrabbit
Singapore, Singapore
18667
Soft-berth cabin for 4
I have joined a tour where they booked us on the softberth cabin for 4. We have thought we will be altogether in a…
Read more

Samantha_SSc
Kuala Lumpur
5140
train from lanzhou through xining to lhasa
Overall the ride is ok. couldn't really get good night's sleep for me tho. train is a bit rocky at times,esp at…
Read more 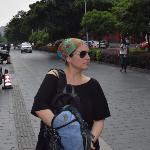 brujitadragon
Hong Kong, China
23770
Nice and smooth ride
I traveled with my family and we were six (soft berths) and the agent couldn’t put us all together but if you ask…
Read more 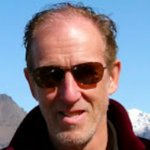 Norma U
Jakarta
45
My first longest trip by train.
This is my first trip to Tibet. I got on this train in Xinning back on March this year. Took the sleeper cabin,…
Read more

MacBritishColumbia
British Columbia
16788
Trip of Necessity Only
12th trip to the PRC. Took the train from Xining to Lhasa in order to acclimatize to the altitude. Shared a soft…
Read more 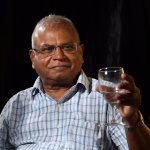 Seevali D
Colombo, Sri Lanka
384190
Railway in Heaven – An Engineering Marvel!
A group of 14 of us travelled from Lhasa to Xining on Qinhai – Tibet Railway – also called Lhasa Express. Our…
Read more 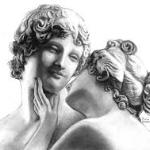 PietroDallavia
Cumbria, United Kingdom
11538
Z232 Chongqing to Lhasa
The rationale was it would acclimatize us better to Tibet's altitude. We had the soft sleeper which was actually…
Read more 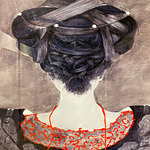 tsai95862016
Orange County, California
20325
Experience the overnight soft bunker
Well, 3 times is a charm? Haha, not really for Qinghai Lhasa Express Train, there isn’t much to do still but…
Read more 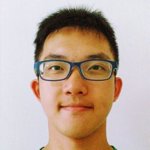 Ng-Yi-Ming
23
Pleasantly Epic, go for it!
Take the HSR from Xi'an to Xining, then this Qinghai-Tibet Express up for a breathtaking journey from modern China…
Read more 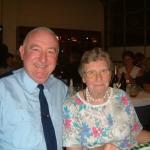 Radford007
Melksham, United Kingdom
11979
Shanhai-Xian-Lhasa
I travelled on this train from Xian to Lhasa. I was not aware that until travelling (I was on train Z165) that the…
Read more

Susan77T
Canberra, Australia
5321
Enjoyable journey
We were a group of 8 friends and our train tickets were arranged by our travel agent. Our train Z265 left Xining…
Read more