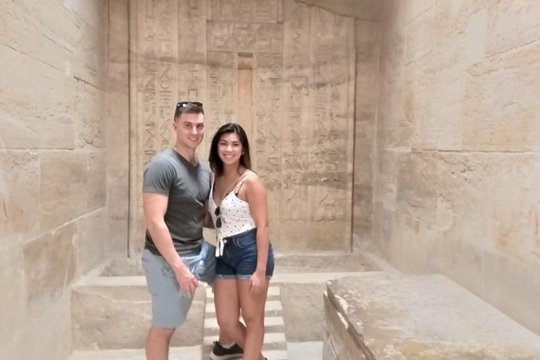 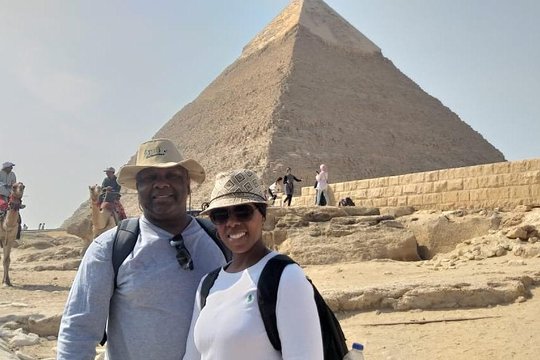 Select Date and Travellers
From
US$ 297.00
(Price varies by group size)
Date
2 travellers
Free Cancellation up to 24 hours in advance
Low Price GuaranteeNo Booking Fees
Overview
What to Expect
Itinerary

Pass By: Pyramids of Giza, Al Haram Str., Giza 12611 Egypt
You will continue to explore the rest of Giza plateau including the sight of Khafre (Chephren) pyramid - Khufu's son, the second largest pyramid on Giza site, the remains of the funeral temple, the pyramid of Mankawra (Mykerinus), and 3 small pyramids. Then, proceed to visit the Great Sphinx, the head of a pharaoh with a lion's body, which dates from the time of Chephren. The tour also includes a visit to the Valley Temple, which belongs to the pyramids of Chephren. This temple served two functions: first, it was used for the purification of the mummy of the king before its burial. Second, it was used for making the mummification process of the king. After visiting the pyramids, you'll then continue across the plateau for a photo opportunity of the three pyramids rising from the sands, with the Cairo skyline in the background. Proceed to have your lunch at a local restaurant.

Pass By: Saqqara (Sakkara) Pyramids, Al Giza Desert, Giza Egypt
Then visit the Step Pyramid of Zoser, the world's oldest major stone structure. It was built in the 3rd Dynasty (around 2700 BC) for King Djoser, the tomb of a high official, the pyramid of King Titi, and the pyramid of King Unas.

Pass By: Pyramids of Dahshour, Giza Egypt
Then later you drive south to Dahshour where you can see the first true pyramid in Egypt which back to the founder of the 4th dynasty king Senefru father of Khufu. By the end of the day your guide will return you back to your hotel.

Meals included:
• Lunch
No accommodation included on this day.

Pass By: The Museum of Egyptian Antiquities, Midan El Tahrir Geographical Society Building, Cairo 11511 Egypt
This day at 8:00 our tour guide will pick you up from your hotel to visit The Museum of Egyptian Antiquities, known commonly as the Egyptian Museum in Cairo, Egypt. It is home to an extensive collection of ancient Egyptian antiques which dates back some 5,000 years of art and which is considered the largest and most precious collection of Egyptian art in the world. Over 250,000 genuine artifacts are presented, with a representative amount on display, the remainder are in storerooms. The Egyptian Museum is filled with thousands of Pharaonic artifacts including the golden treasures of King Tutankhamen.

Pass By: Cairo Citadel, Al Abageyah Shar'a Salih Salem, Cairo 11511 Egypt
Then, move to Citadel of Salah El-din, where you will see the view of all Cairo. Then, visit Mohamed Ali Alabaster Mosque which is considered the largest to be built in the beginning of the 19th century. The ruler of Egypt (1805-1849), who ruled Egypt over 45 years, live there. The mosque is built in Turkish style.

Pass By: Khan Al-Khalili, Cairo Egypt
Before extending your trip, you will be served with a warm delightful lunch meal at a high-quality restaurant. From there, you will drive to Khan El Khalili Bazaar (if there's enough time), one of the most famous and oldest bazaars in the Middle East.

Meals included:
• Lunch
No accommodation included on this day.

Pass By: Alexandria, Alexandria, Alexandria Governorate
You will be driven via an air-conditioned modern vehicle to Alexandria. Upon arrival at Alexandria, you will visit the Catacombs of Kom El Shoqafa, dug in three levels under the ground. The catacombs of Kom El Shoqafa are not only tombs for housing the dead bodies but also it has many artistic features that combine between the ancient Egyptian and the ancient Roman art. Lunch included during the tour in a good quality seafood restaurant. Then move on to visit Alexandria library “Bibliotheca Alexandrina” to see it from the inside. Then continue your tour to visit Qaitbay citadel that was built at the same spot where the ancient lighthouse of Alexandria stood. At the end of the day tour, you will be transferred back to Cairo.

Departure Time
8:00 AM
Duration
3 days
Inclusions
Exclusions
Show More
Additional Info
Cancellation Policy
For a full refund, cancel at least 24 hours in advance of the start date of the experience.

EnigmaBrown
Valley Cottage, New York
51
Outstanding guide Wael
Our guide Wael provided a wonderful tour of the step pyramid and nearby tombs as well as the Giza pyramids and…
Read more

432amrs
Cairo, Egypt
10
Mr saad
It was fantastic day thank you all its lovely country and as well the people very nice thank you again
Read more

M4879SXkenb
30
Great entertainment for the family!
We enjoyed the cruise! Food was very good and there were many different entertainers, and all were excellent!…
Read more

393muhammadk
10
Great day
Great Day At first, I was afraid of not having fun because I was alone, but I was surprised. Wael (guide) was…
Read more

389gavinw
10
Good with families
Lovely day out, very knowledgeable with interesting facts, and patient with kids. Also a nice guy to spend the day…
Read more

DianeSA123
10
Wonderful Wael!
Wael and his driver were AMAZING. Professional, informative, helpful. Nothing was an issue! Felt like we were old…
Read more

Frank T
30
Great experience
Wael is the guide u want ,taking you to the Museum and the pyramids. He and our driver did a wonderful job of…
Read more

JeanS_Oz
10
Nile cruise with buffet dinner
All good. Picked up by guide and driver. Safe drive from Giza hotel to boat. Driver met us after the cruise n…
Read more

PGPG912
30
Cairo Pyramids Tour
Wael was a great guide and really helped me and my family get an understanding of the history of the pyramids. He…
Read more

muhammadhT9091OP
10
Best tour ever!
Wael was an extraordinarily knowledgeable tour guide, whose excitement about the trip shined in his face the whole…
Read more 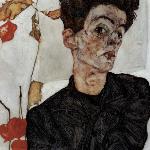 njpc100
Beijing, China
72
Fantastic half day trip to the Pyramids
This experience was great and I would definitely recommend highly. Our guide, Wael was super friendly,…
Read more

217amineb
Casablanca, Morocco
31
Thank you Wael!
The pyramids experience is awesome but what makes it special is the people, Wael was amazing, he walked us through…
Read more