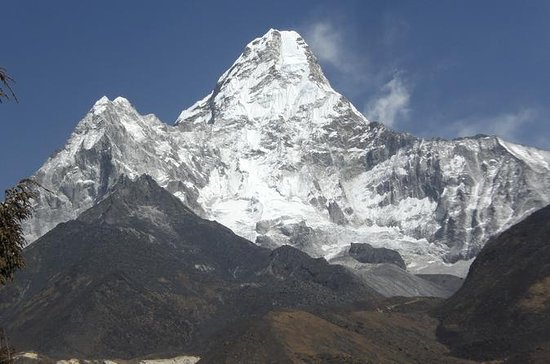 Select Date and Travellers
From
US$ 6,810.00
Date
2 travellers
Free Cancellation up to 24 hours in advance
Low Price GuaranteeNo Booking Fees
Overview
What to Expect

Everest Base Camp Heli trek is a short duration package which flawlessly blends the awesome trekking experience as well as the luxurious helicopter ride from Gorakshep. Reaching to the base of the highest peak on the earth Mt Everest (8848m) is undoubtedly every trekkers dream. Nevertheless, many trek enthusiasts don’t get the chance to experience The Everest Base Camp Trek due to time restraint. However, the Everest Base Camp is an awesome alternative for people to experience the majestic beauty of the Mount Everest. They can always opt for this short EBC Heli Trek which is of 11 days.

Initially, we will fly to Lukla experiencing breathtaking flight at the most dramatic airport of the world. Later, we gradually make our way to Namche Bazaar through the trek to Phakding where we pass through a fascinating setting as we climb along with the Himalayan pine and cedar trees until we reach the centre of Everest Region i.e. Namche Bazaar. Then, we will hike to the Everest View Hotel to observe incredible panorama of the Everest, Tawache, Lhotse, Amadablam, etc. A visit to Tengboche Monastery (3860m) which rewards us with the arresting views of Mt Amadablam, Mt. Everest and its adjacent peaks is the major highlight of the trek.

Before reaching the base camp we will step into Dingboche from where we will witness the spectacular views of numerous peaks like Amadablam, Lhotse and many more. We hike from Dingboche towards Nagerjun in order to witness the fine views of Lobuche East (6119m), Thamserku (6608m), Kangtega (6685m) etc. Likewise, we will take a walk to Lobuche filled with luscious meadows until we get to Gorekshep. From Gorekshep, we make our way towards to the Everest Base Camp incredible and memorable views. We hike along the way to base camp in order to perceive magnificent and astounding views of the legendary Himalayan range, the Mount Everest itself. Finally, we take a helicopter tour of the base camp and fly back to Kathmandu in a comfy yet awesome helicopter ride.

DavidAH1990
11
David
Great trip. The tour was well organised, great food, and the my guide, Dipak was brilliant. Would massively…
Read more

amrutak75
10
Trek to Langtang
The November weather was very favourable. Icicles had made comfortable arrangements throughout the trek, and…
Read more

Petra R
10
Manaslu Trek
Top organized trek of icicles adventur. Also arrival and accommodation before and after the trek were well…
Read more 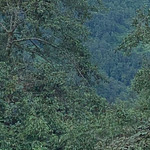 BonoAntipolo
Antipolo City, Philippines
138
Lumbini and Chandaghiri Hill
Indira and Parashu went to great lengths to make sure our adventures around Nepal were well organized and…
Read more

WoodyzT
10
Gokyo lake
Everything is perfect. We love this trip. Your guide and porter take care us the best. We are very happy
Read more

Pablo R
10
Mera peak
Although I did not have the best luck with weather and altitude sickness, everything was very well managed by all…
Read more

AdrianaCapov
51
My Mera Peak perfect experience
At the beginning of this year I planned to do a trip that will have 3 purposes: I wanted to see the Himalaya…
Read more

armxesde
10
A must-do in Nepal
I travelled alone in the 2nd week of October. Weather was pretty good (only showers in the evening) and sunrises…
Read more

Annalot B
10
Upper mustang with female guide
We had such a great trek in upper mustang in september. Everything was well organised by icicles adventure treks.…
Read more