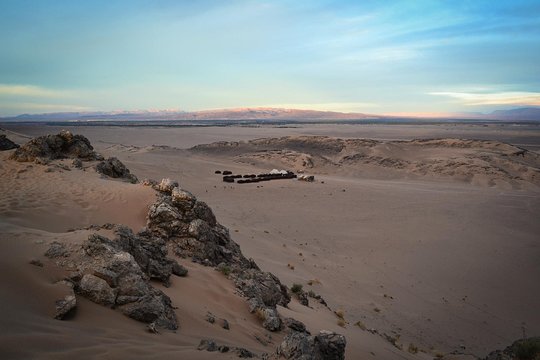 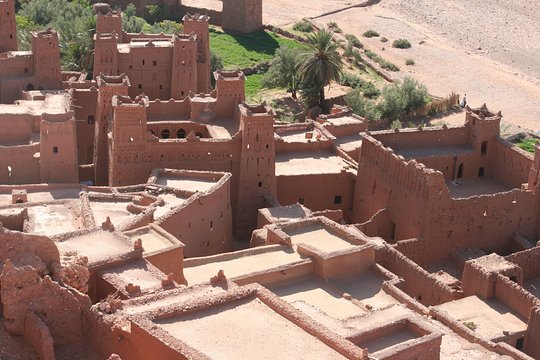 Select Date and Travellers
From
US$ 290.00
Date
2 travellers
Options
Select tour language
Free Cancellation up to 4 days in advance
Low Price Guarantee
No Booking Fees
Overview
What to Expect
Itinerary

Pass By: Ait Ben Haddou, Ait Ben Haddou, Souss-Massa-Draa Region
Pick up is planned from your hotel in Marrakech at 7h30 in the morning, taking the road to cross High Atlas mountains via the Tizi n'Tichka pass towards Ait Benhaddou village, the fortified ksar with it's beautiful Kasbahs, Ait Benhaddou has served as a natural decoration for many movies producers since 1960's. Once you get to Ait Benhaddou village you take a walk to go on the top of the hill to dominate the whole village. Afterwards, you will head to Ouarzazate for lunch next to the famous Kasbah of Taourirt which represents the historical and cultural interest of Ouarzazate. After lunch you will travel to the south and cross the second pass which is Tizi N'Tnifift at 5,610 ft (1710m) and Ait Saoun village, the former route of caravans for Sahara traders coming from "Tombouktou", you will reach the first administrative centre called "Agdez Village" that marks the source of Draa Valley, with it's 6 successive palm groves stating (Mezguita palmary, Fezouata...) and Kasbahs stating the famous Tamnougalt Kasbah. You will continue through the lunar landscapes and the Pre-Sahara routes until you get to Zagora which is a small town, the native region of Saadian dynasty (Saadian tombs in Marrakech) who used to rule Morocco in the XVII century. You will take a camel trek , ride the camels by the sunset and get to the camp and enjoy a dinner and overnight in the tents.

Stop At: Ouarzazate, Ouarzazate, Souss-Massa-Draa Region
A wake early to see the sunrise over the dunes, followed by a breakfast in the bivouac of Zagora in the southern Morocco, then ride the camels to meet your driver. Drive back to Marrakech, you will pass via Ouarzazate and have free time for lunch in a local restaurant. In the afternoon, you will continue via the Atlas Mountains to get to Marrakech.

LoveTravel600287
20
Excellent
Just wanted to appreciate your service . Younes, our guide & driver was AMAZING!!!!! He made our experience…
Read more 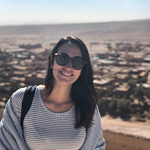 Joanne S
Tucson, Arizona
289
Trip Highlight!
We took the three day two night tour to Erg Chigaga, and it was the definite highlight of our two weeks in…
Read more 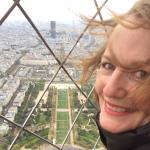 KLynnM_12
Happy Valley, Oregon
4826
Experience of a lifetime with Younes!
My husband and I just completed our tour from Marrakech to Fes, 3 nights/4 days, and we are so happy with our…
Read more

CulverCrewDad
Burnet, Texas
10
Marrakech to Fes 3 day tour
When I was searching for a tour group for our trip Authentic Tours Marrakech was super quick to respond and did a…
Read more

michyallen
Burnsville, Minnesota
20
Lifetime Adventure
This was one of the most amazing parts of our trip. It was well-organized and the work was taken care for us as we…
Read more mariosv958
Kea, Greece
41
Fantastic Morroco Tour
We are a family with 3 children and spent 6 days in Morroco during April 2019. Authentic Tours organized our stay…
Read more 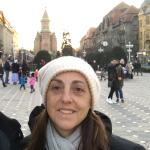 LeeanneG_12
Almaty, Kazakhstan
556408
A bucket list trip with an amazing company
I have just completed a 6 night 7 day tour with Authentic Tour Marrakesh. I organized this trip for myself and 5…
Read more

Claudia S
Minneapolis
118
ONE of THE THREE BEST TRIPS OF OUR LIVES!!
My husband and I just returned from 16 days on a fully escorted tour of Morocco. As we are very seasoned…
Read more 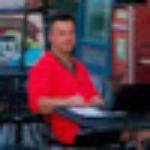