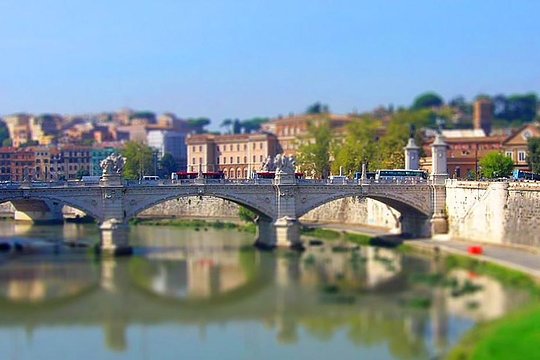 Select Date and Travellers
From
US$ 61.78
Date
2 travellers
Free Cancellation up to 24 hours in advance
Low Price GuaranteeNo Booking Fees
Overview
What to Expect
Jump on one of our amazing vintage bikes and start the tour at 10:00 am from our shop located at largo Argentina you'll lead to discover the amazing ruins of the ancient Rome.

You'll bike through the Trastevere, past the church of Santa Cecilia, then with the island in the middle of the Tiber to your left and the Jewish Ghetto on your right,you shall proceed toward the square named after the imposing palace of Farnese family, towering over it,then to Campo de Fiori, one of the most famous and busiest squares in the world, past the spot where Julius Ceasar got himself assasinated, to the piazza Navona,once a place of the entertaiment on the grand scale, Pantheon,which is still,probabably, the most famous Roman temple in the world, prepare to be blown away by the magnificent ceiling of the church of Sant Ignazio, then on to the Roman temple built by the emperor Hadrian,to Piazza Spagna,where one of the most photographed staircases of the world is located,then carry on to Piazza del Popolo,before turning back to Trastevere and passing by the church of Santa maria della Pace,on to Via Guilia,named after the pope who commissioned the spectacular Sistine chapel ceiling on to the bridge Sisto named after the pope who built that chapel and gave his name to it

Write a review
Traveller rating
Traveller type
Time of year
Language
Selected filters
No results found. Try removing a filter, changing your search, or to read reviews.
About the operator

Michaust
10
Best tour I've done
My 18 year old daughter and I did a vespa tour with our two drivers Alessyio and Yuri. The boys were lovely, they…
Read more

CalAlp
London, United Kingdom
112
Fantastic way to see Rome
We hired bikes from Rome for You for 24 hours and had the best time cycling round the city. The bikes themselves…
Read more

Y3000KWangelac
10
BEST BIKE TOUR EVER!!!
This trip rocked!! If you are looking for something different outside the city you got to do this tour!! That…
Read more

Ttravels43
West Midlands, United Kingdom
10
Roaming Rome
I was so happy with the service here was quick and easy to hire two bikes to use to see the city! Great price,…
Read more

Timothy D
Bristol, United Kingdom
1311
Great guys
My wife and I did a Gregory Peck/Audrey Hepburn act through Rome last weekend taking in a Mark Knopfler concert on…
Read more 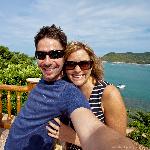 ekaweka
Brixton, United Kingdom
112
Super helpful and fantastic service
We rented four city bikes from Rome for You. The whole experience was fantastic. From the moment we picked up the…
Read more

HerculesRocke
10
Amazing service and attention! Trully Recommended
We wanted to rent a bicycle to optimize time and do the Appian Way and found Rome for You online so we ventured…
Read more 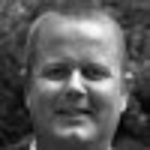 rahtwalker
Stowe, Vermont
169
Best Day in Rome
Rent an electric bike and ride through the park in Travestre, So much fun for my daughter and I. We got out of…
Read more

Marion P
10
Incredible experience at Rome
We rented a vespa at Rome for you and were delighted with the service! We came without having booked anything and…
Read more