Quad Or Buggy Safari In Corralejo Since 2003
By: Quad Adventure Excursions
2 reviews 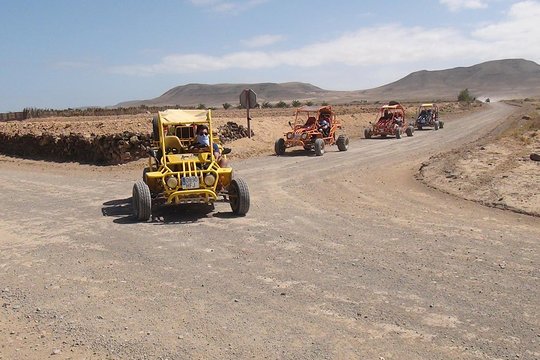 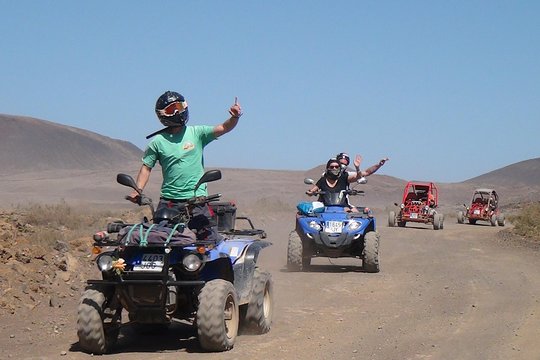 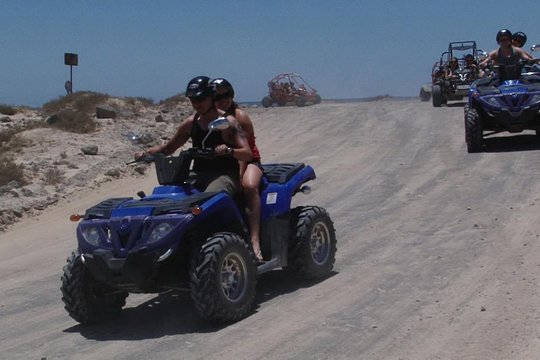 Write a review
Traveller rating
Traveller type
Time of year
Language
Selected filters
Nicholas F wrote a review Aug 2019
Newcastle3 contributions6 helpful votes
Terrible Service
Stay well clear of this horrendous company. Rude staff, started in the office then our guide didnt even speak to us the whole trip. We broke down on the beach and he never even apologised or advised how long we would be waiting. It transpired they had turned the switch off and…
Read more
Date of experience: August 2019
Helpful
Share
Response from Climber800944, General Manager at Quad Or Buggy Safari In Corralejo Since 2003
Responded 19 Aug 2019
Dear Nichola, I could not disagree more on such misleading and distorted out comment. One might think that sharing opinions on this site should help improve a service, but here is just an unfair disqualification that has rather to do with a lake of care into giving an accurate statement. Once again, we apologize for everything that might have caused to you any inconvenience. The reason the agent called you was to help you and give explanation for all the issues, trying to understand what had really happened to you, as all other participants were happy. Unfortunately, shouting angrily at her, while she was trying to help, it didn’t make the conversation to be effective. This was one staff you made busting into tears. Congratulations. Let’s try again explaining, not blaming. The first and main issue was that you had to pay for the drink and food in the restaurant. It has never been advertised that the food / drinks are included. The seller has booked this trip many times and confirmed to us that definitely not given you this information. Than you compared this product with the catamaran trips which they do include the food, so obviously there is some confusion in between. Not to mention that they have nothing to do one to the other. On this issue you should have reviewed the seller. The guide had no problem to speak with everybody else, but you? He tried from the very beginning, but he said you have been very reserved, on your own, at the point that he thought he is bothering you. Nevertheless he kept on trying, till he managed to make you photos, with your telephone. Was he rude for this? However, we apologize if you believe he could do more, or if he misunderstood that you prefer to stay on your own. One thing is for sure, that he was polite and good-mannered. You cannot deny that. There was no actual break down. A fellow participant touched by mistake a control button on his quad, which he was instructed not to touch. Unfortunately, the guide didn’t realize that was something so simple, as he is new. On this we agree that he should have checked before calling for assistance, and I sincerely apologize for this. The minutes he had been waiting though, he did recuperate, as there is no short cut to take in the itinerary and the route is strictly designated by the Canarian Government. The breaks on all vehicles are strictly checked every day when we drive them in the parking. They feel different as they are hydraulic, and have nothing to do with car breaks. Should you have been in danger or detect malfunctioning in the breaks, you should have pointed out immediately to the guide on the tour. But you didn’t. The mirrors sometimes can start moving due to vibration of the vehicle, especially on the off road aria. They can be easily fixed back, by just turning them around. You cannot see on these vehicles if there is water in the coolers. The float has been renewed just about three years ago, but I should not even answer on this one. ..There are some people who always seem angry and continuously look for conflict. The battle they are fighting isn’t with the others, is with themselves. . We wish you all the best, ever, and still extend our courtesy to you with inviting you if ever coming back, on any of the excursions that we offer, one at your choice. Sincerely yours, Ana
Read more
About the operator

niallh2017
94
This is a must do !!!👍👍
Great day out, we did a private tour, Dennis was amazing and from the safety briefing to the last detail, highly…
Read more

TinaS40tls
20
Fabulous Buggy Experience - both on and off the beaten track.
From the collection from our hotel to our return I can not fault the service of this company. Dennis was our…
Read more

linzialdersonk
Fuerteventura, Spain
10
THIS IS A MUST DO
Absolutely loved it what a day this is a MUST DO went out on the buggy’s 3 of my children came with us ages 4, 8…
Read more 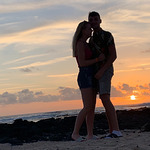 James_Holmes22
30
Amazing
Both of us really enjoyed the whole day, never done this before so was exciting to do. They teach you how to do…
Read more DarFal84
London, United Kingdom
10
Amazing Experience,don’t miss it!
If you are in Costa Palma and you like to drive,book a ride and enjoy it! I personally booked a quad and it’s…
Read more 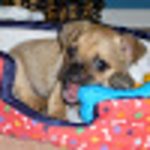 katie s
77
Great fun!
We booked through trip advisor for a 9:30 slot in corralejo for 4 hours which was simple and got a confirmation…
Read more 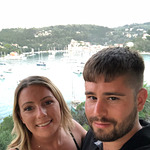 tomastioa
Lincoln, United Kingdom
42
Great off-roading experience
An exciting and fun way of seeing the island! Off roading, spot of lunch and views of the sand dunes, brilliant…
Read more

Mark H
London, United Kingdom
10
A waste of time and money. Very boring.
This excursion started from Costa Calma. It then proceeded at at a very slow pace mainly on open roads, no sand…
Read more 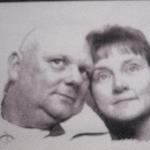 F6065AQalexj
40
Death trap another accident waiting to happen!
Well I am very sad and disappointed with this tour. Previously had a tour in correlejo about 18 months ago with…
Read more

Fashionistaaa007
England
145
Well worth the money
This was our favourite excursion. Great fun! If you get chance to give it a go, I would definitely recommend such…
Read more

Montrose3
Montrose, United Kingdom
17278
Great day
We had a great tour with these guys we did the cheese tour from caleta de fuste as they seem to have 2 centers. It…
Read more